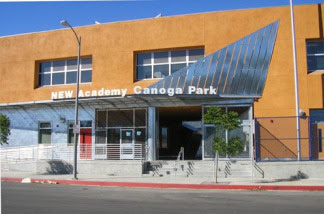 L.A. Unified’s Office of Inspector General audited the 2007–2009 financial records of New Academy Canoga Park Elementary school. Investigators found that the principal had withdrawn more than a million dollars in school funds – and had deposited the money into his personal investment account. Auditors also couldn’t find $106,000 in student attendance funds from the L.A. County Office of Education.

"We take these findings very seriously," said Jose Cole-Gutierrez, head of the office that monitors this and nearly 200 other L.A. Unified-approved charter schools. Annual audits submitted by the board of New Academy Canoga Park Elementary didn’t indicate that any money was missing.

"Obviously these monies are to be spent in honor of the public trust and to educate children," he said. Cole-Gutierrez said L.A. Unified’s moved swiftly to close charters that fail to meet academic or financial standards.

The district superintendent has taken the first step toward revoking New Academy Canoga Park Elementary’s charter. New Economics For Women – a 26-year old non-profit housing developer that seeks to strengthen the family unit – founded and built the school. Campus administrators were not available for comment.

Stephanie Farland studies charter school policy for the California School Boards Association. She doesn’t believe that fraud runs rampant at charters, but she said it’s common for them to lack effective oversight. "A lot of these little charter schools just don’t have sophisticated boards and they don’t have the proper training, quite frankly, in how to govern a school," Farland said.

State law allows charters to set their own curricula and budgets. Many of the state’s charter schools are run by multiple-campus companies that do have the money to closely supervise individual schools.

Former L.A. Unified Board Member David Tokofsky says charters should continue to experiment free of school district control to determine the best approaches to teaching and learning. "I still think we’re living the romantic period of the charter initiative, sort of, let a thousand flowers bloom," he said. But he adds that these schools need stricter financial regulation.