LAUSD PSC: IS ANY OF THIS NONSENSE ABOUT THE CHILDREN? 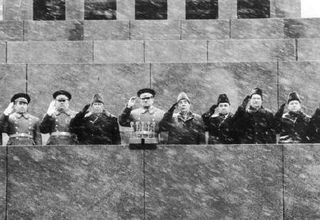 2/19/2010 --4LAKids has the original memo and the supporting new stories on the decisions made by LAUSD Superintendent Ramon Cortines regarding Public School Choice: who will be allowed to run public schools in the district. The voting held in late January and early February by the community, which was announced in advance to be "advisory" only, tilted heavily in favor of the school district maintaining control over a majority of the schools, and that is exactly what Cortines will recommend to his board: of the 36 new and underperforming schools in the district, outside groups will be allowed to operate 10.

Unsurprisingly, no one is happy: Ben Austin of the pro-charter school group, Parent Revolution, said "This certainly isn't revolutionary change." A.J. Duffy of the union, United Teachers Los Angeles, huffed a "wait and see" -- the teachers were not in favor of losing even 28%. None of the applicants who were turned down to operate schools are pleased; parents are divided. Yolie Flores, a member of the LAUSD school board who was the author of the Public School Choice proposal, put on a cheerful face and said that at least the subject was on the table and people were talking about it.

The "advisory vote," the reform proposal, the final recommendations ... to an outsider, it all has a curiously Kremlin tone ... we're going to change, tell us how to change, thank you for telling us, and goodbye. Next year, we'll look up on the parapets and see whose face has been deleted.