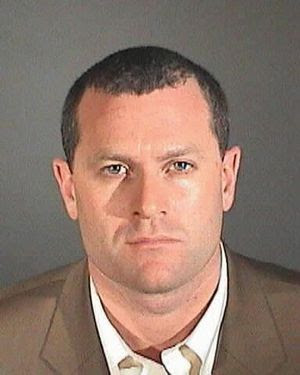 WHEN LOS ANGELES SCHOOLS SUPERINTENDENT David Brewer declared recently that top district officials were unaware of the past behavior of alleged Markham Middle School molester Steven Rooney, longtime teacher Mat Taylor* was appalled. He’d known Rooney when they worked together at Fremont High School, and the picture fresh in his mind was an unpleasant one.

According to Taylor, a little over a year ago he filed an official grievance charging that Rooney exhibited violence, shoving another administrator, while he was, ironically, vice principal in charge of discipline at the sometimes troubled Fremont campus.

“They had their warnings,” Taylor tells the Weekly. “There’s no reason why [district administrators] could claim that they didn’t know what was going on — except incompetence. They knew what was going on, they just passed him on anyway. ... Somebody had to call up and say, ‘Put this guy back in a position’” that resulted in his transfer to unsuspecting Markham.

Media accounts have reported that Rooney was investigated by the Los Angeles Police Department for statutory rape at Fremont before being arrested on March 4 for allegedly sexually assaulting a 13-year-old girl who attended Markham.

But according to Taylor, Rooney had well-known anger-management issues at Fremont. Taylor’s allegations dispute Brewer’s premise that district administrators did not realize they had a problem on their hands when they moved Rooney to Markham. In fact, school-district policy calls for a standard of internal investigation that is far more strict than LAPD’s threshold of criminal wrongdoing.

In 2007, as a vice principal in charge of discipline at Fremont, Rooney was investigated by police for alleged statutory rape of a 17-year-old former student and was arrested for allegedly pulling a gun on that teenager’s stepfather. Rooney was removed from his post while the case was investigated, and no charges were filed. He was then transferred to Markham.

But according to Taylor, the teachers union had also filed an official grievance against Rooney after he allegedly pushed a Fremont dean during an argument. Marla Eby, director of communications at UTLA, confirms that a grievance was filed, but won’t discuss details.

“IN ALL MY YEARS OF TEACHING, I’ve never heard of an administrator pushing a teacher,” says Taylor, an outspoken union activist who has taught in South-Central for more than 20 years. “You have somebody who obviously had problems with two previous schools, gun problems, problems with female students, at Fremont — anger issues — and they just pass him on to another school!,” says Taylor, who represents UTLA at Fremont. Both the school district’s legal counsel and its communications office refused to comment.

Taylor contends, “When [Rooney] was an assistant principal at Fremont, more than a few teachers came to me and said, ‘I had an argument with Rooney and he was really aggressive and lost his temper.’” Taylor says he notified Fremont’s principal.

Taylor says Rooney had a particularly challenging job as vice principal of discipline at a campus of about 4,500 students, adding that students there are unfairly stereotyped, and that many teenagers are “desperate to learn ... wonderful, wonderful kids [who] see school as a sanctuary.” But Rooney dealt with the underside of that world: teenagers who got into fights, got caught with guns or were linked to drug dealing or felonies on campus.

It was Rooney’s job to coordinate deans, security personnel and the district’s own police force to make sure the school was safe. So, according to Taylor, when teachers brought Rooney’s anger problems to his attention, Taylor informed Principal Larry Higgins, hoping that help would be made available to Rooney. Taylor says that Rooney did not improve, and he does not know if Higgins intervened. (Higgins declined to comment.)

“Before he was transferred to Markham, someone should have looked at that file,” states Taylor, who holds responsible the local superintendent of District 7, Carol Truscott, who oversees both Markham Middle School and Fremont High School. Truscott’soffice would not comment.

Taylor says Rooney’s arrest at Fremont in 2007 occurred on a street next to the high school where Rooney had parked his car — and that it was carried out in view of students. A second Fremont employee confirmed that students saw Rooney arrested and gossiped about the widely-known arrest incident.

Taylor also says students told him they saw police remove a gun from Rooney’s car, and Taylor passed the students’ comments to Higgins. Says Taylor: “My inquiry was: Was [Steven Rooney] walking around Fremont with this gun?” But, Taylor claims, “I could never get an answer.”

Taylor was concerned enough about the alleged discovery of a gun in Rooney’s car that he spoke to an elected member of the LAUSD Board of Education. Taylor was perplexed, later on, “when I heard that [Rooney] went back to being an assistant principal [at Markham]. I thought, ‘They didn’t find anything there.’” Now, Taylor says in disbelief, “How could they not know?”

Reach the writer at tibbyrothman@gmail.com.

* LA Weekly Editor's note: An earlier version of this story incorrectly spelled Mat Taylor's name as Matt Taylor. Also, an earlier headline of the story referred to Steven Rooney as vice principal. He was in fact an assistant principal.