Of his friend and mentor Celes King IV, Miguel Paredes wrote on his Facebook page: http://on.fb.me/1nEcPy8 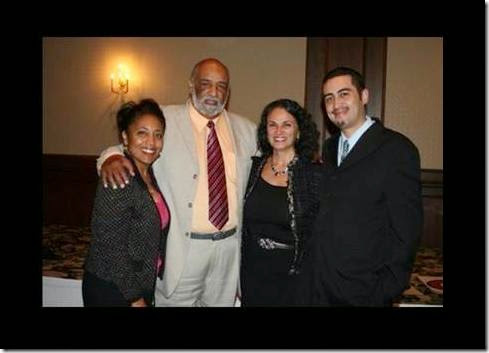 “I thought that you would outlive all of us...

The first time I met you, was when you were bailing me out of jail after I and countless others were arrested at the South Central Farm! I didn't realize who you were or the important legacy of your family.

One day a few years later, I was informed that a man named Celes King IV wanted to meet me because he heard I worked for the LAUSD from someone, and that I was vehemently opposed to "school choice" reform. This Giant of a man wanted to meet this Chicano? How could I pass up an opportunity to be mentored by an important figure from such a prominent Civil Rights family?

Meeting you has been one of the greatest blessings that Creator has given me. I learned so much about challenging power and speaking truth to the powerful. I learned to walk into a meeting like I owned the place, to be clear about my agenda and to always do so with dignity.

If this older man with advanced diabetes and a missing foot could walk this tall, what excuse could I ever have for not giving my best effort?

I promise to you that I will fight for our communities (Black and Brown) for as long as I live. I wish the world to know that you were a loving man, a straight up hustler, and one of the hardest working cats I've ever seen. The kind of man that would put his family, community, and loved ones always before himself. The kind of human being who would ask about your wife, your mother, and your sister...

I appreciate that you did for the dream of The Urban Oasis which is a model of self sustainable education that we worked on for nearly 3 years to create without any backing or resources. The model of education will come to fruition some day, but unfortunately you won't be here to see your dream come true.

I'm going to miss you cussing, your beat up jalopy that would run you up and down California, the way you would hug yourself with your arms when you wanted to act like a puppy dog, the way your eyes would light up and you would point at people when you were serious, but most importantly your beautiful smile! You had the kind of 1000 watt smile that would light up a room and your presence was always evident.

I'm going to miss you so much but I'm going to keep talking to you every day so you better listen up!

I Love You Man and I am grateful I was able to tell you that every time I saw you.

The last time I saw you was at the MLK King Day Parade...

Thank you for helping me get my job with SEIU ULTCW! The fact that such a grumpy older African American civil right leader talked so highly about me spoke volumes to them about my ability to work with other communities and I owe that all to YOU!

smf added on that same page:

Scott Folsom: Celes was a big crazy one-legged Black bail-bondsman - a character bigger than life who would've been unbelievable in fiction. He lived life bigger than fiction or what passes for reality in the media ...full of dreams and hopes; a planner and a doer, contagiously enthusiastic - seemingly unstoppable.

He was the real deal and the world is a far better place for him having lived large in it.

Miguel Paredes:  I hope his gravestone reads: "larger than life!"

●●smf:  Celes - I do not doubt for a moment that your dream of The Urban Oasis will be become real someday. No because we shut our eyes and believe but because we believe and move ever onward with our eyes wide open! 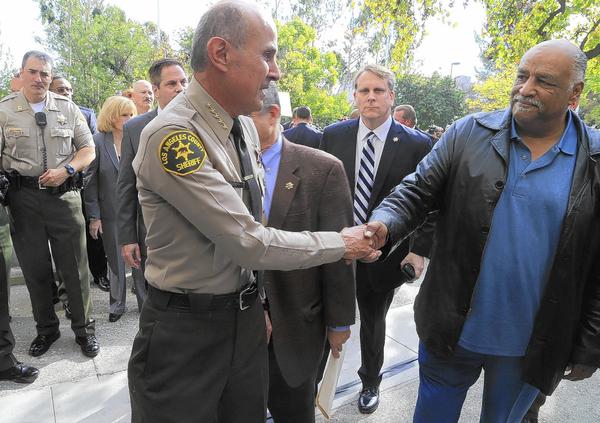 Despite a previous heart attack, a stroke and the loss of a leg to diabetes, King vigorously advocated for educational and prison reform, among other causes, Dove said.

With his prosthetic leg, King drove his Saab convertible from Los Angeles to the state Capitol every week during legislative sessions. Dressed in sharp pastel suits with matching shoes, he buttonholed lawmakers on diverse issues, including prison realignment and other changes that have hit bail-bonds businesses hard.

That was a topic close to the family; in 1947, King's parents started a bail-bonds business in South Los Angeles that is now run by King's sister Teri.

Born in Los Angeles on Oct. 19, 1943, King was an entrepreneur who at various times operated a pool hall, set up an air shuttle between Miami and Las Vegas, and started a bar in Denver.

His first major foray into local affairs was organizing opposition that delayed the closure of the King-Drew Medical Center. His most recent efforts included advancing measures that would help financially stressed families keep their homes.

"All he ever really wanted was to walk in the footsteps of his father," Dove said. "More and more, he was carrying the torch."

King served for several years as the President and CEO of the Congress for Racial Equality (CORE) and was currently serving as active board member of the organization.  CORE which is the lead organization for the MLK Kingdom Day Parade here in Los Angeles and actively working in communities throughout California.

King was an advocate and lobbyist for several businesses and business endeavors throughout Los Angeles and the State of California, he could often be found walking the halls of Sacramento, meeting with legislatures on both sides of the isle and advocating on behalf of undeserved communities of color. King served as the vice chairman, government policy and community relations for Congress of Racial Equality CORE a nonprofit organization that advocates for marginalized communities of color, he was an active member of the Black Community, Clergy and Labor Alliance (BCCLA) and a strong supporter of Black Media throughout the region.

Upon being notified of his passing former BCCLA and SCLC President Rev. Eric P. Lee stated “We have lost a true leader in our community.  Celes followed in the footsteps of his father Celes King, III and was a friend and an advocate for all people, but he was and always has been an un-apologetic advocate for Black People first.  Our community will miss his leadership and I will miss his friendship”.

Funeral arrangements have not yet been set.