AP Photo | Education Secretary Arne Duncan talks about education reform during a speech at the National Press Club in Washington, Friday, May 29, 2009. Duncan said this is a time of educational crisis, as well as economic crisis, and that we will have to educate our way to a better economy.

March 7th, 2014, 5:56pm  ::  Ending a months long standoff between federal and state officials, the U.S. Department of Education on Friday told California education officials they approve of the state’s plan to administer only portions of new standardized tests this year - and not reporting the results.

In a letter to the California’s Superintendent of Public Instruction and President of the State Board of Education, U.S. Assistant Secretary Deborah Delisle granted a one-year waiver to seven federal testing requirements.

“I hope you find this flexibility helpful,” Delisle wrote.

It’s an about face from the department’s position last September, when U.S. Education Secretary Arne Duncan threatened to withhold as much as $3 billion in federal education funding, saying the state's plan to limit testing and keep results secret violated federal law.

The new tests are part of a shift by most states to new learning standards known as the Common Core. To measure how well students are learning the new standards, California joined a group of 23 states to create new standardized tests that would be administered by computer instead of paper and pencil.

That major shift in technology and content prompted California officials to phase in the tests by offering partial testing this year and not making the scores public.

California lawmakers have given schools $1.25 billion dollars to prepare for the tests. The testing window for the Smarter Balanced tests in California is March 18 to June 6.

"We appreciate the Obama Administration's approval of this important request, which will allow far more California students to get a hands-on experience with the new 21st century assessments that will help guide them as they gain the skills they need to succeed in the real world of careers and college.
"Approval of this waiver could not have come at a better time. In little more than a week, some three million students will begin the largest field test of these new assessments of any state in the nation.
"This is an important moment for California. Across the state, there's a new spirit of hope and optimism in our schools as they take on this challenging transformation. There are concerns as well, and there are sure to be challenges as we move ahead. But California has always led the way, and our teachers, administrators, and school employees have always been willing to meet any challenge to help our students succeed.
"Today's action by the Obama Administration represents a welcome vote of confidence in the course we've set toward providing all students the world-class education they need and deserve." 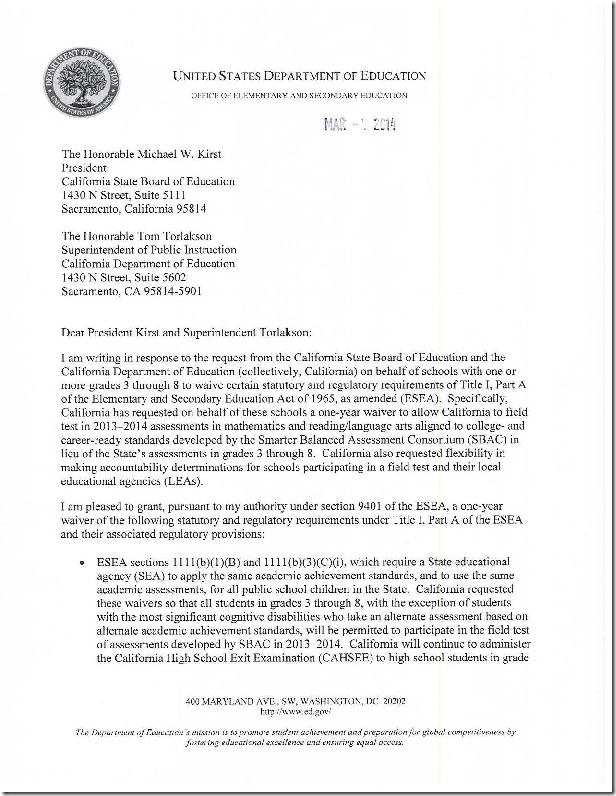 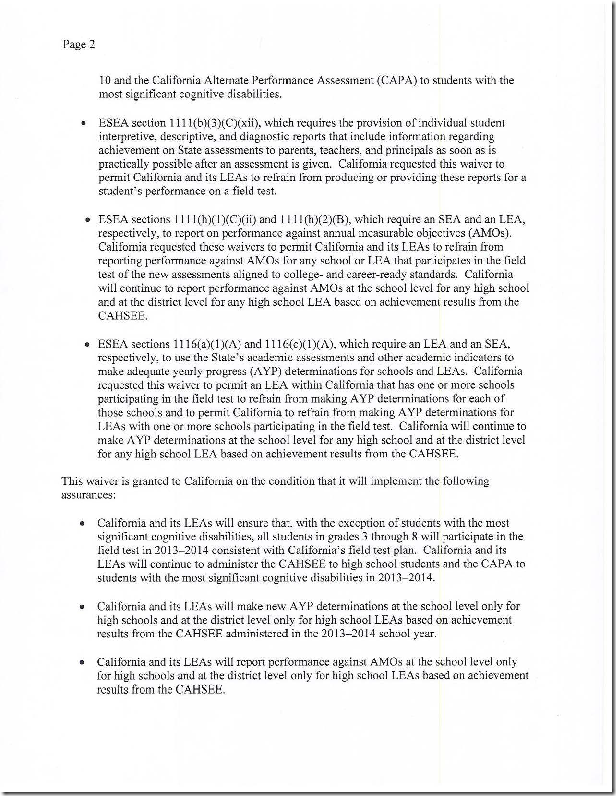 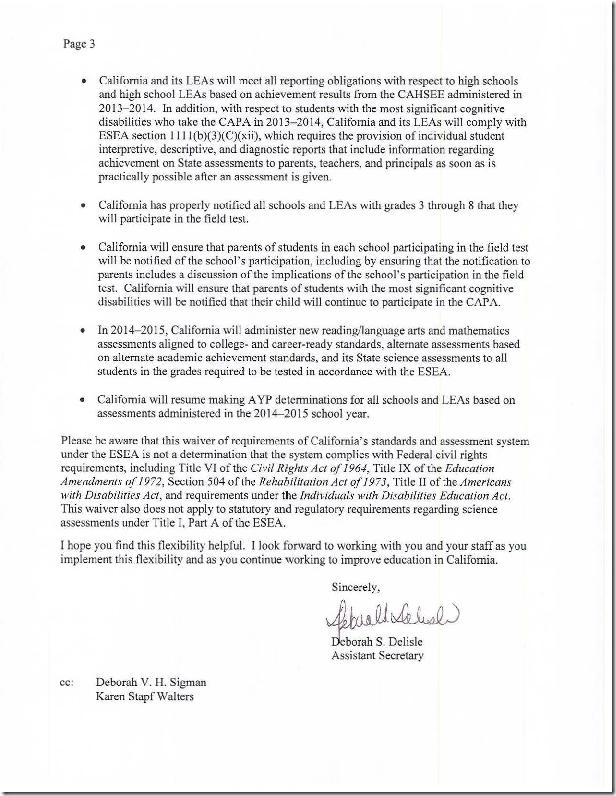