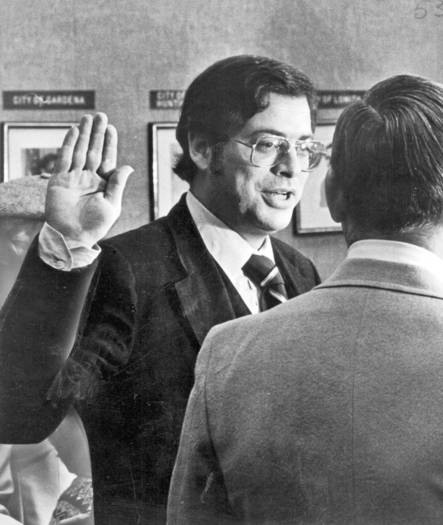 Newly elected Los Angeles Board of Education member Tom Bartman is sworn in. In 1981, a majority of board members, including Bartman, voted to end mandatory busing in the school district. (Los Angeles Times / February 25, 1980)

April 25, 2013 - 8:42 AM - LOS ANGELES - A man who helped end forced busing for integration in the Los Angeles Unified School District has died. Tom Bartman was 67.

His wife, Eleanor, tells the Los Angeles Times ( http://lat.ms/10efSv2) that Bartman died of cancer on Monday at his Beverly Hills home.

Bartman was an attorney for the anti-busing group Bustop when he was elected to the school board in 1980, giving it a conservative majority.

After court actions cleared the way, Bartman voted with the majority in 1981 to dismantle the program. Bartman said he supported integration but not through mandatory busing.

He spent seven years on the board and was president twice.