750 (or is it 400?) L.A. UNIFIED SECURITY AIDES HIRED SINCE NEWTON SCHOOL SHOOTING 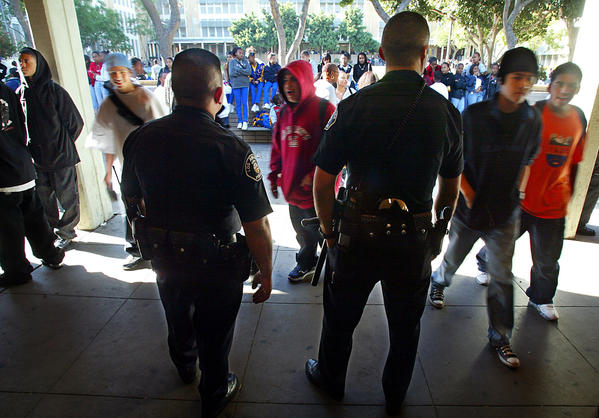 In January, the district announced it would spend about $4 million to hire just over 1,000 aides. The move followed the shooting deaths of 20 first-graders at Sandy Hook Elementary in December.

After the shooting, L.A. Unified's police force and law enforcement partners increased their presence and patrols around campuses to ease fear and anxiety. That additional presence has continued, Waldman said.

About 440 aides have been assigned to about 325 schools so far. An additional 320 have been hired but have not yet been screened and cleared to begin work. Those workers should be assigned to schools in coming weeks.

The district has more than 600 applicants for the remaining positions and hopes to fill the spots in coming months, Waldman said.