NO APOLOGY, NO DIPLOMA –A principal withholds graduation certificates over a student protest.

Angry parents gather outside John Liechty Middle School after 15 students were denied their graduation diplomas for protesting their keynote speaker, a member of the LAUSD Board.

Is it freedom of speech or lack of respect?

Angry parents crowded the school's lobby demanding a meeting with Principal Jeanette Stevens to discuss the issue, but were turned away Monday morning.

It comes after 15 students chose to protest their graduation speaker, LAUSD Board President Monica Garcia.  The students and their parents said they chose to do so to protest teacher layoffs and increased class sizes.

"We didn't stand up," said Ender Perez, who continues to refuse to apologize for Thursday's events, "we just sat in our seats and turned our backs to her."

Some parents said they backed their students for the idea.  Olga Ochoa said the issue of respect goes both ways.

"They don't do nothing good for the students," she said, "because they cut the teachers and put a lot of students in the same room."

As the 15 students made their way across the stage and shook hands with the principal, they said they did not get their certificates and instead got a message.

"She squeezed my hand and said I wouldn't get my diploma."

The school district issued a statement saying, "The LAUSD's John Liechty Middle School works to provide students with an appropriate learning environment that includes being safe, being responsible and being respectful. During any school event, Liechty Middle School expects students to demonstrate respectful behavior. We have postponed distribution of approximately 15 eighth grade certificates until we are able to discuss the culmination events with those students and parents. Today, Monday, June 22, 2009, we are continuing to issue diplomas to all parents that come to school and meet with school officials. More than 500 culmination certificates were distributed at Friday’s event and this morning."

The principal at Liechty told parents Monday morning that even with a written apology from students, their acts at graduation will be considered their first warning when school starts up again in the fall. 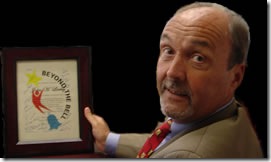 ●● He told me once after we had a public disagreement at a board meeting to never apologize when I know I’m right. I told that story at the dedication of his school, maybe some of those students heard him.  - smf

I faxed Principal Stevens a letter of protest this morning. She was oddly cold to the community when we were supporting her teachers during the hunger strikes and camp outs at Liechty Middle School. Now her punitive actions towards these students who showed both the courage and principle to protest have demonstrated Principal Stevens loyalties lie with the budget slashing, charter supporting, school board members.

Non violent protest is a form of civil disobedience that is embraced by democracy. In the work of Ghandi or Martin Luther King is is seen as moral and ethical. When it pushes our buttons, it is seen as disrespectful. Isn't student voice more important than our discomfort or ego?