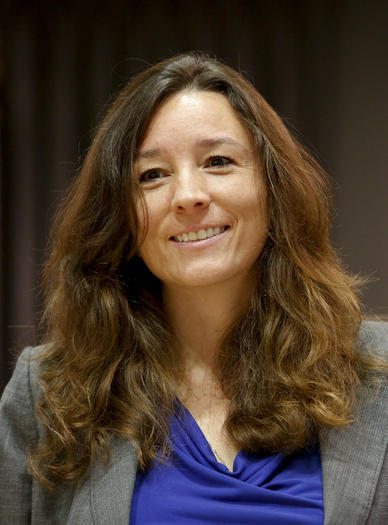 School board member Monica Ratliff has proposed slowing down and reconsidering a $1-billion plan to provide iPads to every L.A. Unified student and teacher. (Anne Cusack / Los Angeles Times / November 12, 2013)

November 12, 2013, 6:00 a.m.  ::  School district officials on Tuesday will consider conflicting proposals for the future of a $1-billion effort to provide iPads to every Los Angeles student. One proposal, if passed, could slow down and even curtail the rollout.

The tablet project has come under increased scrutiny over early problems and questions about the contract between the L.A. Unified School District and Apple, maker of the iPad.

A proposal by board member Monica Ratliff would result in the most sweeping changes. She calls for ending the rollout with the 47 schools specified as the first group and using the current school year to work out more-detailed procedures for managing the devices.

She also proposes delaying a vote to continue or alter the project until after the school year, leaving open the possibility that the school system would choose another vendor or revisit the current contract.

In the meantime, she wants the coming months used as an evaluation period — of both the iPads and alternative computers already in use within the district, such as laptops and Google Chromebooks. In addition, she’d like to compare the iPads’ curriculum, supplied by Pearson, with other options.

In response to Ratliff’s motion, board member Monica Garcia said she’s ready to move full speed ahead. She’s proposed rolling out the next phase entirely within her board district. (L.A. Unified is divided into seven board districts.)

"If you don’t want it in your district, I welcome it in mine,” Garcia said last week.

The latest addition to the meeting agenda is the plan from the senior staff and L.A. schools Supt. John Deasy. Under this proposal, the iPad project would continue at 36 additional campuses before standardized tests scheduled for the spring.  Deasy had planned to bring forward a version of this plan in December, but Ratliff’s resolution could render it meaningless, so he decided to put it on the table Tuesday.

“If the board decides to approve the resolution of Ms. Garcia or of Ms. Ratfliff, it won’t take action on what the administration spent two years preparing,” Deasy said Monday. “We wanted a fair hearing on this and have it discussed along with all of these competing ideas.”

The superintendent added that one immediate result of Ratliff’s motion would be having to change testing plans — there would no longer be enough iPads in the system to accommodate all students this spring.

Any proposal that involves spending school bond money must go for review to the appointed Bond Oversight Committee. The school board doesn’t have to follow the committee’s recommendations, but it typically does.