Deja vu 2.0: INCOMPETENT TEACHERS ‘BEING RECYCLED’ IN THE UK

This is despite estimates that up to 17,000 teachers are not up to the job.

Some bad teachers are moved between schools, rather than having their competency challenged, it has emerged.

Teaching unions dispute the claims. The General Teaching Council for England, which investigates complaints, says the number of poor teachers is "not clear".

However, the GTC admits the suggestion that the 18 struck off represented the total number of incompetent teachers in the system is not credible.

Two years ago, its chief executive Keith Bartley said there could be as many as 17,000 "substandard" teachers among the 500,000 registered teachers in the UK.

And former chief inspector of schools in England, Chris Woodhead, sparked anger in the teaching profession with his estimate of 15,000 incompetent teachers. 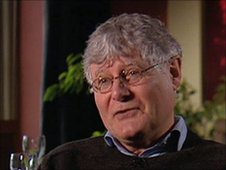 << Chris Woodhead was chief inspector of schools in England until 2000

But he told BBC Panorama that the figure represents less than 5% of teachers.

He said: "You tell me a profession where there aren't 5%, 10% of members who are incompetent?

"The strange thing about the public sector in general and teaching in particular is that no-one will admit that there is this problem."

Mr Woodhead described an incompetent teacher as someone who could not keep control in the classroom, had a lack of understanding of their subjects or might not even like their pupils.

Some believe part of the problem lies with head teachers' unwillingness to subject those suspected of incompetence to proper competence tests, referring those found wanting to the GTC.

Panorama has uncovered evidence they are being given good references in exchange for agreeing to look for work in alternative schools.

One of those teachers who was struck off, Denise McKillop, said she was told early in her case by her union that they could look at getting her such a deal.

Chris Keates, the general secretary of Mrs McKillop's union, the NASUWT, said it had acted appropriately.

"When a member gets into difficulties, we are required by law to tell that individual member the range of options that are available to them," she said.

"And it's for that member to choose which of those options to pursue."

Mick Brookes, the leader of the National Association of Head Teachers (NAHT), believes recycling incompetent teachers is a common practice.

"I've been victim of it as a head teacher on a couple of occasions... receiving people into my school who really, quite frankly, weren't up to the job."

Mr Brookes thinks the practice is unacceptable and head teachers have to be stronger.

"The competency process is tough but you have to go down it. There's a moral duty," said Mr Brookes.

Parents have a right to be appalled when incompetent teachers are kept in work, he added.

One parent, Catherine Walker, moved her son Ryan to a different school to get away from an incompetent supply teacher.

When she complained to her son's head teacher, she had been told the school was "stuck with her" and that she could only be removed if any disciplinary case arose.

Clare Collins, chair of the National Governors Association, told BBC Breakfast there were "processes in place" to deal with incompetence, but acknowledged they were "too long winded and clunky" and needed to be "quicker, more efficient and more effective".

But she said it was important not to declare someone incompetent until they had been through incompetence proceedings.

But head teachers also had a "duty" to learn how to read references - what was not being said, as well as what was said - she added.

Prof Simon Burgess, from Bristol University, has researched the impact of a bad teacher on pupil performance.

He said he was surprised by the gap between the results of children with teachers ranked in the top 5% on ability and those in the bottom 5%.

"If you took all these people out, stopped them from teaching the children and replaced them even with just average teachers, that would be something like half a grade per pupil," he said.