December 30, 2015   ::  This year brought several changes to public schools in California, beginning with a robust economy that added billions of dollars to boost K-12 per-pupil spending. In a year of multiple developments, EdSource has selected its top five stories of 2015.  As lawmakers in Sacramento crafted the state budget in the spring, more than 3 million students took on a new challenge — the Smarter Balanced assessments aligned with the Common Core. This month a partisan Congress united in the passage of the Every Student Succeeds Act, signed by President Barack Obama. The new law replaces the No Child Left Behind Act and gives local school districts more control while reducing the number of standardized tests.

Two laws passed in the waning days of the 2015 Legislature, and signed by Gov. Jerry Brown, will have an impact on students and parents. Under one, former high school students who failed the state exit exam can receive their diplomas retroactively, beginning Jan. 1, 2016, if they met all other graduation requirements. The other law, which also goes into effect on Jan. 1, passed despite protests from hundreds of parents and eliminated the “personal belief exemption” that had allowed parents to enroll their children in school without having them vaccinated.

California joined 16 other states around the country in administering assessments in the spring of 2015 to measure student achievement based on the new Common Core State Standards in math and English language arts/literacy. The standards, which stress critical thinking and problem-solving, aim to ensure that students acquire 21st century skills in grades K-12 and graduate college and career-ready.

The Smarter Balanced Assessment Consortium created the computer-adaptive tests, which adjusted questions based on students’ answers, to more accurately pinpoint strengths and weaknesses. Questions were more difficult for students who answered them correctly and less difficult for those who did not. Students in 11 other states and the District of Columbia took a different set of tests aligned to the Common Core that were created through the Partnership for Assessment of Readiness for College and Careers, or PARCC. California’s tests are part of the California Assessment of Student Performance and Progress that also includes science tests and alternative assessments. Students’ scores will be used when measuring future growth.
The state released the scores in September for the more than 3 million California students in grades 3-8 and 11 who took the tests for the first time following a field test in 2014. The results revealed an ongoing achievement gap between white and Asian students and those in other racial or ethnic groups, as well as between students who qualify for free and reduced price lunches and their peers who did not and between English learners and fluent English speakers.


2. Every Student Succeeds Act approved by Congress to replace the No Child Left Behind Law

Last summer, it looked like California would be stuck with the No Child Left Behind Act until President Barack Obama left the White House. The U.S. House and Senate had passed very different rewrites of the nation’s primary education law, President Obama threatened to veto either version, and U.S. Secretary of Education Arne Duncan announced he was resigning.
But, led by skilled consensus builders Sens. Lamar Alexander, D-Tenn., and Patty Murray, D-Wash., negotiations came together quickly last month, and on Dec. 11, President Obama signed NCLB’s successor, the Every Student Succeeds Act.
A wide range of state educators and advocacy groups have given thumbs up to the new law’s framework. The new law will allow the Legislature and the State Board of Education to downplay the role of standardized tests in measuring school progress and, in keeping with the shift to local control, give school districts flexibility in setting school improvement goals and propose their own fixes to problems they identify.
But state leaders are also worried there may be trap doors in the complex blueprint. Among their initial questions: Will ESSA, as the new law will be called, require the state to re-create the Academic Performance Index, the 3-digit measure of school performance that the State Board of Education would like to kill? And will California have to keep giving a standardized test based on old science standards until the state creates a new test based on new standards, which may be three or four years from now?
Look for some clues in the coming months.
EdSource stories on passage of Every Student Succeeds Act:
No Child Left Behind rewrite works for California, Dec. 3, 2015
In bipartisan vote, Congress overwhelmingly approves new federal education law, Dec. 9, 2015
President Obama signs Every Student Succeeds Act, Dec. 10, 2015

A protest against school public health measures erupted this year after the introduction of state Senate Bill 277, a proposal to eliminate the “personal belief exemption” that allowed parents to enroll their children in school without having them vaccinated. 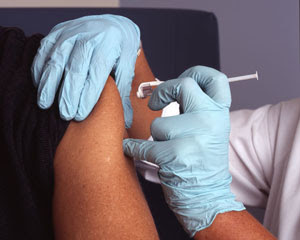 The number of parents whose kindergartners hold a personal belief exemption to state-mandated vaccinations is small — 2.5 percent in 2014-15 — but they organized a vocal opposition. Hundreds of parents queued up at microphones at legislative hearings to say they should have the right not to vaccinate their children, a position that the U.S. Supreme Court has rebuked. The court has ruled twice that the government’s interest in protecting the public from communicable diseases overrides individual decision-making.
Dozens of education and medical groups supported the measure, including the California School Nurses Organization, the California School Boards Association, Children Now and the Los Angeles Unified School District. Supporters noted that the rate of students holding personal belief exemptions rose from less than 1 percent in 2000 to 3.2 percent in 2013-14, with the rise in unvaccinated population clusters linked to disease outbreaks, including the Disneyland measles outbreak that began in December 2014.
Senate Bill 277 passed the Legislature and was signed into law by Brown. The longstanding immunization requirements stand: Children will not be admitted to public or private child care or schools unless they are immunized against 10 diseases — diphtheria, Haemophilus influenzae type b (known as bacterial meningitis), measles, mumps, pertussis (known as whooping cough), polio, rubella, tetanus, hepatitis B and chickenpox.  The law, which goes into effect Jan. 1, also eliminated a religious belief exemption.
Two exemptions exist: a medical exemption and a homeschooling exemption, which includes students enrolled in independent study with no classroom instruction. As of last week, it is still uncertain whether students who receive special education services, and are thereby federally entitled to those services, are required to be fully vaccinated. The California Department of Public Health says parents should consult their local school districts for information.

Tens of thousands of former high school students who failed the California High School Exit Exam learned in October 2015 they would at last receive their diplomas. 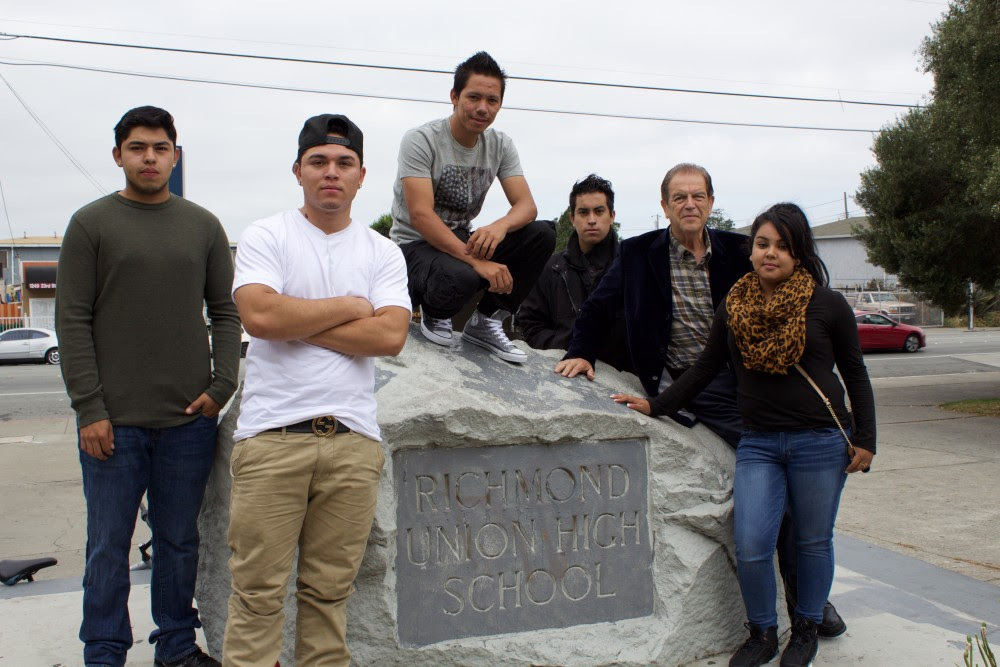 Brown signed into law Senate Bill 172, which requires that school districts across the state retroactively award diplomas to students who met every other graduation requirement, but failed the exit exam. The new law goes into effect Jan. 1.
“My reaction is just pure joy and happiness,” former Santa Rosa High School student Telesis Radford, who failed the test in 2006, said following the governor’s signing of the bill. “I will be able to take the phlebotomy course that I want to take and get the job I want to get afterward. I’ll be living my dream now.”
It’s estimated that at least 40,000 students statewide will qualify for the retroactive diplomas, including at least 8,000 from the Los Angeles Unified School District.
The new law also suspended the exit exam through the end of the 2017-18 school year, while lawmakers and educators determine if the state should create a new version of the test that’s aligned with the Common Core State Standards, or eliminate it altogether as a graduation requirement in the future.
“The high school exit exam is outdated and does not reflect California’s new, more rigorous academic standards that emphasize skills needed to succeed in college and careers in the 21st century,” state Superintendent of Public Instruction Tom Torlakson said in October. “I look forward to convening a task force of teachers, parents, students, and education leaders to find a more thoughtful approach to high school graduation requirements that better suits California’s modern education system.”
Nearly 5 million students took the exit exam since it debuted in 2001. It became a requirement for graduation starting with the class of 2006.
Students who failed the exit exam but met all other graduation requirements were often awarded certificates of achievement, which are diploma-like documents. Still, many were prevented from applying to four­-year colleges, vocational training programs, military service or for jobs that required a high school diploma.
Supporters of the test said it ensured that more students graduated with basic skills in English and math, helping close the achievement gap. Meanwhile, opponents argued that the exit exam discouraged some students from staying in school and that it disproportionately punished some low-­income children and English learners who were unable to pass the test.

If EdSource were to name a Person of the Year for 2015, it would be The Taxpayer.
Revenue from taxes on capital gains, dividends  and top income earners continued to feed state coffers this year, and Proposition 98’s rules for funding education in high-revenue years steered most of the increase to K-12 schools and community colleges. Spending under Prop. 98, the chief source of revenue for education, rose $7.6 billion in the 2015-16 budget, to $68.4 billion.
Gov. Jerry Brown, in turn, gave his Local Control Funding Formula an extra $6 billion. That helped raise per-student funding an average of 11 percent, or $1,011 per student, although, under the formula, districts with few low-income children and English learners saw less and those with high proportions of those students received an increase of 15 percent or more. In addition, Brown sent districts about $5.5 billion in one-time money with few strings attached. He did dedicate about $1 million over three years in competitive grants for career technical education partnerships between districts and businesses.
Brown budgets conservatively; the Legislative Analyst’s Office predicts  there will be $2 billion more in revenue than the governor included in the state budget. That money will flow to  schools in 2016-17, starting in July. Next year, while not promising to bring as great a financial bonanza, the LAO predicts an average increase of $530 per student.