DEc 23, 2015  ::  The crowd of about 200 huddled in the parking lot of San Pedro City Ballet, ensconced in fog and drizzle. Restless and excited, they might have been awaiting the arrival of a rock legend. Some rubbed their palms together to keep warm on the chilly Monday afternoon; others stretched their necks, peering down Pacific Avenue in anticipation. Neighbors crouched on the roof of a small bungalow next door to get a glimpse of the action.

When at last a gray SUV rolled up, smartphones and tablets shot into the air and the chanting began: "Misty, Misty, Misty."

A populist ballerina if ever there was one, Misty Copeland has become a pioneering hero not just to dance hopefuls but to a generation of young women looking for inspiring, boundary-breaking athletic and artistic role models. Earlier this year, the American Ballet Theatre soloist was promoted to principal dancer; she is the New York company's first African American woman to hold that title. And she was the first African American woman to dance the lead in an ABT "Swan Lake" production. It's partly why Copeland landed on the cover of Time magazine's "100 Most Influential People" issue this spring.


She has also punctured the pop culture zeitgeist, making the art form more accessible to young people. She's performed with Prince and is a social media star with more than 82,000 Twitter followers and 800,000 on Instagram, not to mention the subject of the documentary "A Ballerina's Tale." .

"Is it correct to say you saved ballet?" Kimmel asked Copeland, who was making her second appearance in two months on the show (during her October appearance, she gamely gave a ballet lesson to Kimmel and his sidekick Guillermo Rodriguez, who both wore pink tutus for the occasion).

"I would not say that!" Copeland said, laughing.

Copeland does her part to support the San Pedro City Ballet, where she was discovered at 13 through the school's outreach program for under-served youths. 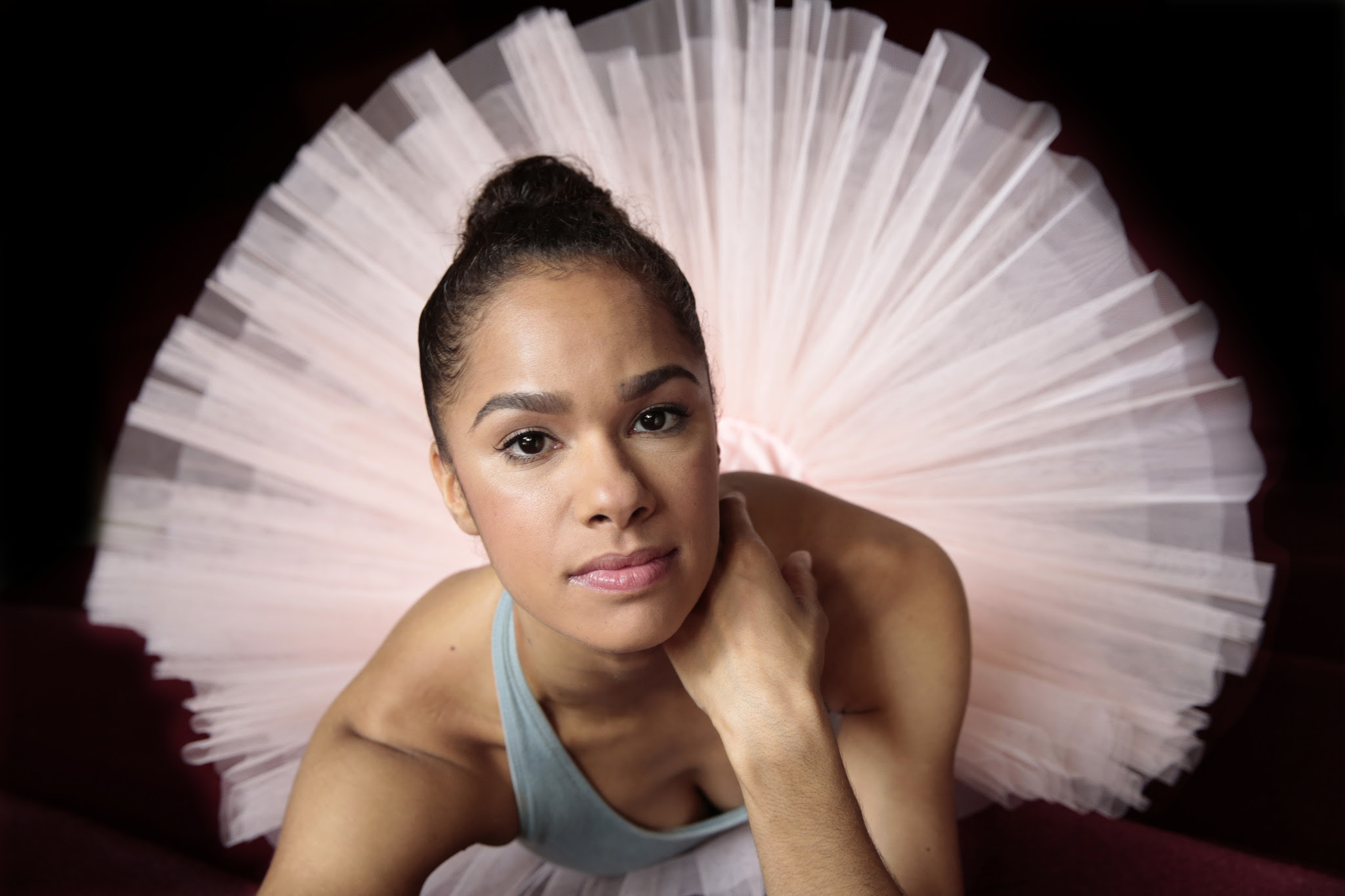 Buscaino spoke about Copeland's difficult personal and professional trajectory, which included growing up poor, starting ballet studies later than most, facing racial bias and a fraught custody battle between her mother and SPCB co-directors Cindy and Patrick Bradley.

"Misty Copeland is being celebrated because we recognize the degree of difficulty life has dealt her," Buscaino said. "She is the perfect example of why America is great."

In an earlier interview, Cindy Bradley said she saw Copeland's potential for dance stardom in their very first class together. "I always say it's something I can't explain," Bradley said. "When I touched her foot, I had a vision for her. I could tell she was a natural. In the months and years to come, it took hard work and perseverance on her part, but I saw her potential in those first few moments."

Copeland and her five siblings were living in a welfare motel room with her single mother, subsisting on food stamps, when she first turned up at a free class Bradley was teaching at the San Pedro Boys & Girls Club. Later that year, she moved in with the Bradleys and their 2-year-old son, Wolf, so she could concentrate on ballet. When Copeland was 15 and trying to balance the demands of ballet and her single mother's desire for a relationship, Copeland filed emancipation papers and her mother filed a restraining order against the Bradleys. After much back and forth, the restraining order was dropped and Copeland ended her emancipation case. The young ballerina returned to live with her mother full time.

Although she and the Bradleys didn't speak for several years after that, they reunited when Copeland was writing her memoir, last year's "Life in Motion: An Unlikely Ballerina" (optioned by New Line Cinema), and they've stayed close, Cindy Bradley says.

During Monday's dedication, Wolf, now 22, sang "Wait for Me," which he'd written for Copeland, as more than 80 SPCB students, carrying white roses, performed for the crowd. As they swirled and swayed, waving their arms in the air, Copeland stood by the podium and beamed, her hair blowing in the rain and, fighting back tears, seemingly overwhelmed with emotion.

"This is insane," she'd told the crowd. "Growing up, San Pedro was the only place I considered home; it was the only place where I felt a real connection with the community." Later, she added: "No matter what platform I'm speaking on, I always give credit to this incredible, small, warm community that made me the person that I am today."

Many in the crowd then made their way to the nearby Warner Grand Theatre, where Copeland taught a master class for 50 students before an audience of about 800. Proceeds from the event support SPCB's DancEd Steps Up dance outreach program to public schools.

In the master class, Copeland snaked her way through the rows of ballet barres, where pupils mimicked her twists and grand pliés. "Focus," Copeland told them. "Don't pay any attention to the audience, right?"

The admiration from these young women, as they straightened their backs and stretched their arms, twirling on their toes, was nearly palpable. But Copeland's biggest fan might have been out in the lobby.


Wearing a sparkly tutu, an "I heart Misty" hair bow and a "#TeamMistyC" T-shirt featuring Copeland on Time magazine, 8-year-old Marisa Alvarez practiced her pliés. She studied ballet for a year at a San Pedro school, she said, and hoped to get back to it. Copeland was her inspiration.

"I like how nice she is and how she became a principal," Alavarez said, smiling brightly. "And it was so awesome how they named Pacific after her. It's, like: Now she's history!"

Misty Danielle Copeland attended Point Fermin Elementary School, Dana Middle School and San Pedro High School. As mentioned above, she began ballet in a program at the San Pedro Boys & Girls Club. Former LAUSD Board Member Mike Lansing was and continues to the the Executive Director of the Boys & Girls Clubs of the Los Angeles Harbor - the largest private child development agency and premiere after school facility in the entire south bay community.
Posted by smf at 12:30 PM