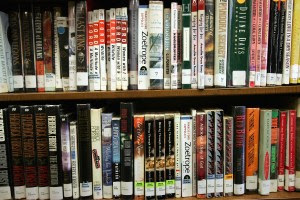 Castelar Elementary in Los Angeles has been without a library since 2002, forcing students to walk to the nearest public library every time they need to use one.

In the 1970s, the school's small library and auditorium were combined to create a larger Los Angeles City Public Library. It served both the community and the school well until 2002. That's when the public library was moved to a brand new facility on the corner of Hill and Ord streets in L.A.'s Chinatown.

The district was supposed to replace the school's library, but the project has been tied up in the design phase, and now the budget has doubled. Parents have been organizing a protest for the next LAUSD Board meeting on Tuesday, Nov. 25. The district heard about the planned protest and scheduled a last-minute meeting at the school on Friday, Nov. 21. Parents who are not satisfied planned to attend the Nov. 25 school board meeting.