BONFIRES+ILLUMINATIONS: Some jingoistic patriotism ….and a little bit of news for the 4th! 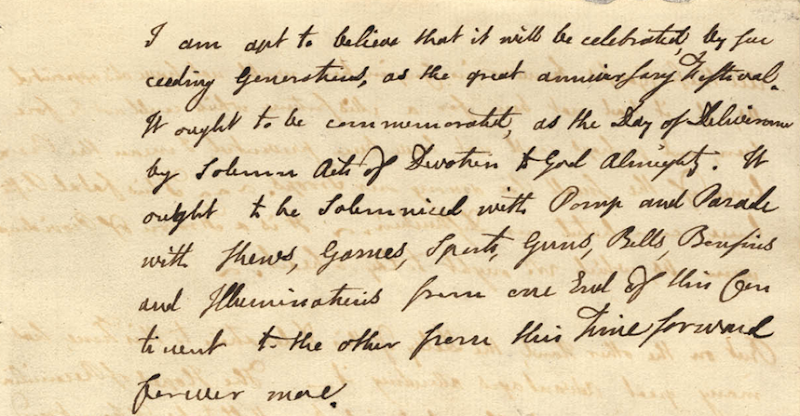 “I am apt to believe that it will be celebrated, by succeeding Generations, as the great anniversary Festival. It ought to be commemorated, as the Day of Deliverance by solemn Acts of Devotion to God Almighty. It ought to be solemnized with Pomp and Parade, with Shews, Games, Sports, Guns, Bells, Bonfires and Illuminations from one End of this Continent to the other from this Time forward forever more.”

Adam's prescience is to be admired, except that the quote begins:

“The Second Day of July 1776, will be the most memorable Epocha, in the History of America.”

from History.com; This Day in History July 2   | http://bit.ly/1KBcYNZ

Resolved, That these United Colonies are, and of right ought to be, free and independent States, that they are absolved from all allegiance to the British Crown, and that all political connection between them and the State of Great Britain is, and ought to be, totally dissolved.

That it is expedient forthwith to take the most effectual measures for forming foreign Alliances.

The resolution had originally been presented to Congress on June 7, but it soon became clear that New York, New Jersey, Pennsylvania, Delaware, Maryland and South Carolina were as yet unwilling to declare independence, though they would likely be ready to vote in favor of a break with England in due course. Thus, Congress agreed to delay the vote on Lees Resolution until July 1. In the intervening period, Congress appointed a committee to draft a formal declaration of independence. Its members were John Adams of Massachusetts, Benjamin Franklin of Pennsylvania, Roger Sherman of Connecticut, Robert R. Livingston of New York and Thomas Jefferson of Virginia. Thomas Jefferson, well-known to be the best writer of the group, was selected to be the primary author of the document, which was presented to Congress for review on June 28, 1776.

On July 1, 1776, debate on the Lee Resolution resumed as planned, with a majority of the delegates favoring the resolution. Congress thought it of the utmost importance that independence be unanimously proclaimed. To ensure this, they delayed the final vote until July 2, when 12 colonial delegations voted in favor of it, with the New York delegates abstaining, unsure of how their constituents would wish them to vote. John Adams wrote that July 2 would be celebrated as the most memorable epoch in the history of America. Instead, the day has been largely forgotten in favor of July 4, when Jefferson’s edited Declaration of Independence was adopted.

selected news from The Maddy Daily

In California’s drought, canal now flowing backward – The drought has become so severe that water is beginning to flow backward along a major artery in California’s increasingly distressed water delivery system. This week, water managers switched on the first of three temporary pumps being installed along a 62-mile stretch of the Delta-Mendota Canal. Sacramento Bee article

Few local districts invest in summer school – Outside of the BCSD, however, relatively few local school districts are spending the hundreds of thousands of dollars required for summertime offerings. That’s the case despite the proven benefits: Summer school helps students retain information they learned during the year, and districts benefit from having better-prepared students in the fall. Bakersfield Californian article 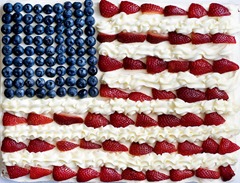 Be careful out there.