Feb 2, 2015  ::  It's very clear from readers that many don't equate iPads with infrastructure. Nor laptops with labs.

Building classrooms and modernizing buildings? Fine. That's what borrowing — like a home mortgage — is for.

Those were the calmer email responses to my recent column calling on Gov. Jerry Brown not to be so cheap and to resume state government's long-standing program of chipping in to help local schools build classrooms.

Sacramento for decades has matched school district bond funds approved by local voters with state bond funds authorized by all Californians. But Brown hates acquiring debt — except for such pet projects as the bullet train — and is trying to get the state out of the school construction business.

Let local districts pay for it, the governor says. They can do it more efficiently.

Many emailers agreed with Brown, and several from Los Angeles were downright angry. They cited the Los Angeles Unified School District's use of bond funds to purchase iPads and laptops. That contentious $1.3-billion program was one reason former Supt. John Deasy resigned under pressure in October.

Readers also criticized what they called dumb spending previously on, among other projects, the Belmont learning center and the old Ambassador Hotel site, where Sen. Robert F. Kennedy was assassinated.

Gregory: "We've seen the wasteful abuse of construction funds by the school board.... Voters would be wiser to reform the funding process for schools rather than dumping more money into a flawed and often corrupt system."

Cande: "I will NEVER EVER vote for another bond to build schools."

The problem with this blanket attitude is that just as iPads and infrastructure are apples and oranges, so are L.A. Unified and other school districts that usually get it right. Got a gripe with the L.A. district, reject its bond proposals. But don't deny other districts their share of Sacramento money by turning down statewide bonds.

It's an acute issue because the state well is dry.

Last year, a state school bond bill almost breezed through the Legislature, but Brown allies killed it at the last minute.

Now, a coalition of builders and school districts is sponsoring a ballot initiative for 2016 that would authorize $9 billion in state bonds. The coalition says there's a $2-billion backlog of K-12 projects awaiting state money, and a $20-billion need projected in the next decade.

"The LAUSD is deeply distrusted," Sragow says. "The current complaint is about iPads. But there has been one horrible catastrophe after another. The school district is always doing something self-destructive. That's what it does.

"It has run out of feet to shoot itself in."

Then the politico added: "Here's the big 'but.' Underlined, italics, bold.

"For hundreds of thousands of kids in L.A. — overwhelmingly minority — there's no other option than to get educated by the LAUSD. They come from families who want their children to get a good education and be part of the American dream. But they don't have the option to drop out of public schools as wealthier parents can."

Putting iPads in students' hands has merit, Sragow says. "Kids need to learn the way our world is. They can't sit there with a crayon and piece of paper. We do need kids to be taught learning technology. But here's a case where implementation was just an absolute tragedy."

Yes, they've used bond money to purchase iPads and laptops, they say. But the payoff periods are relatively short — three to five years.

"Can we please, please stop saying, once and for all, that the district is selling 25-year bonds to pay for three-year useful-life tablets and laptops," says Thomas A. Rubin, consultant to the L.A. Unified bond oversight committee. "There's absolutely no truth in it."

In fact, Rubin says, the IRS requires that the life of any tax-free bond not exceed 120% of the purchased asset's life.

But Rubin does concede: "Obviously there were problems with the program. I'm not at all pleased with the way it was implemented."

In the Legislature, there are moves to ensure that no future bond money can be used for such stuff.

"It's unfortunate and they're human," Assembly Majority Floor Leader Chris Holden (D-Pasadena) says of L.A. school officials. "They made a bad decision. But we've got to look past that for the kids and put in the right kind of system so it doesn't happen again."

Holden is planning a smaller bond bill, worth $1.8 billion, that would permit spending only on facilities.

The tiny bond is a nod to fellow Democrats who are plotting a 2016 ballot campaign to extend Brown's 2012 tax increase beyond its 2018 expiration. They're leery of a competing big-ticket item like a $9-billion school bond.

Republican Assemblyman Scott Wilk of Santa Clarita not only wants to ban iPad borrowing but place a measure on the ballot to divert $8 billion in bullet train bonds to school construction. No chance — but that's a worthy discussion.

Meanwhile, anyone who borrows to pay for tech gadgets probably shouldn't be in the education business. Pay cash. 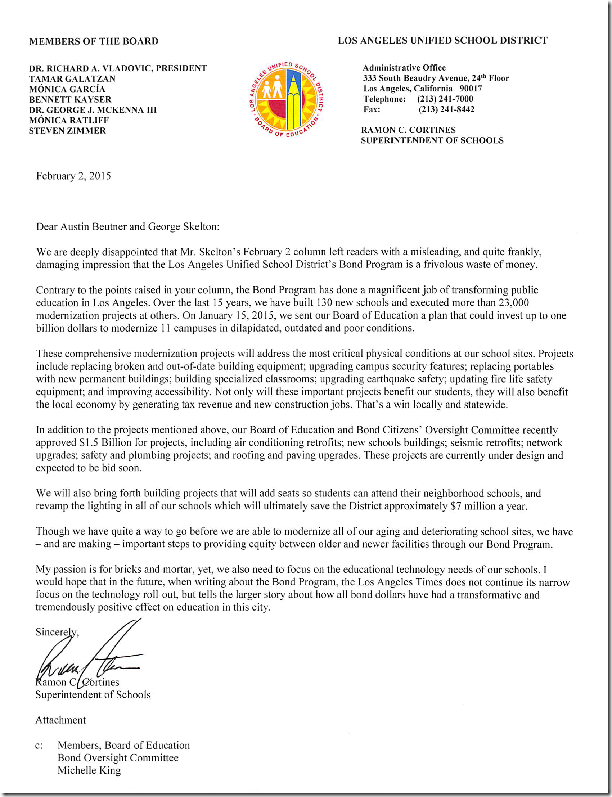 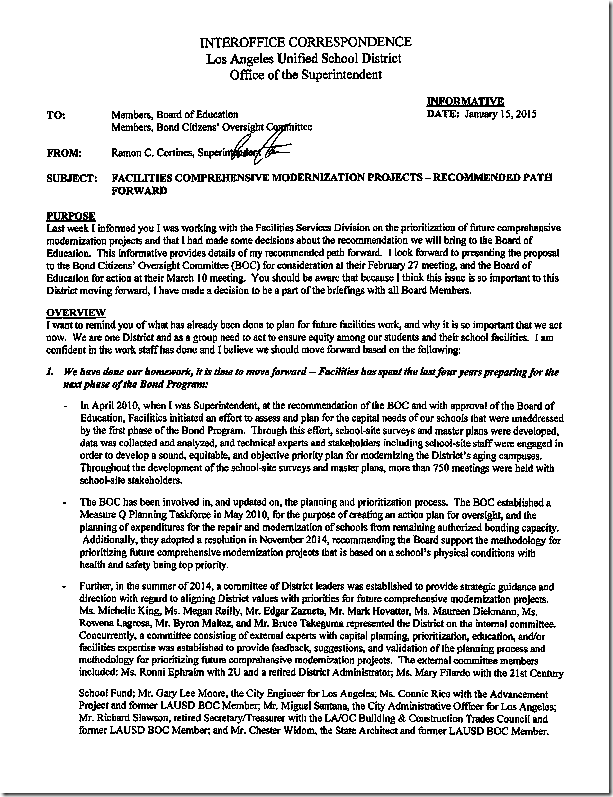 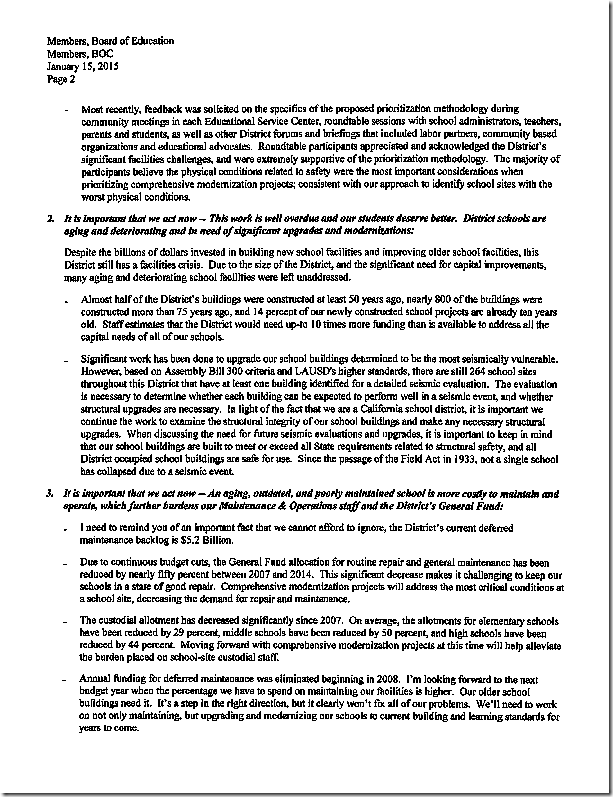 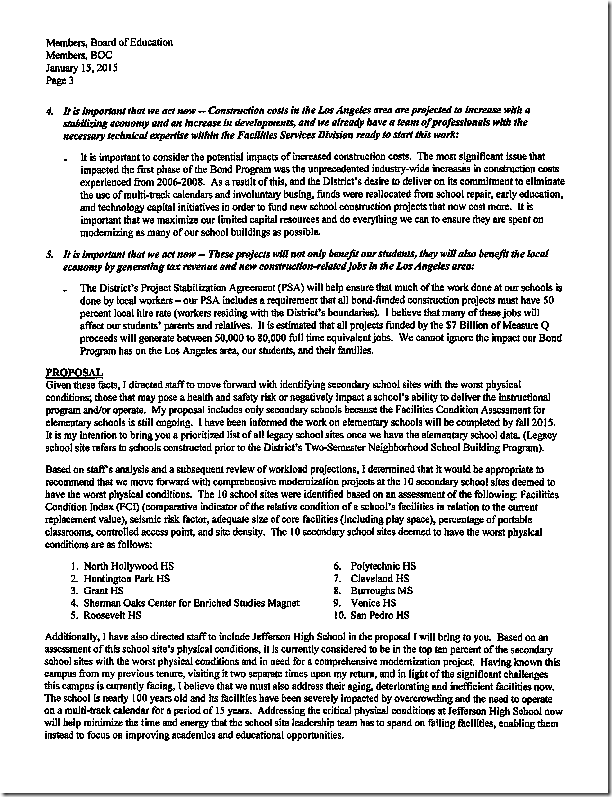 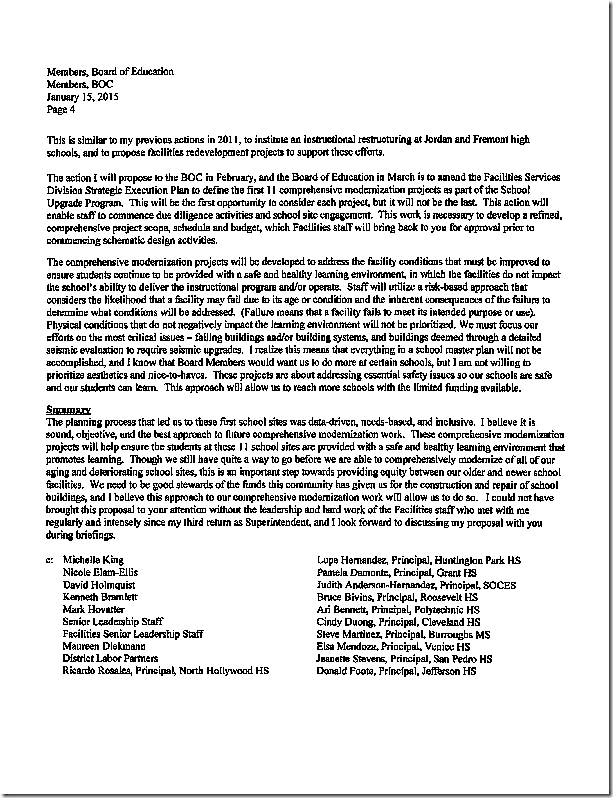