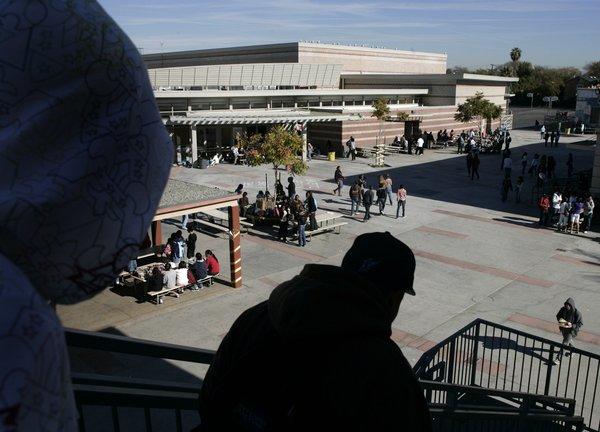 May 29, 2013, 11:23 a.m.  ::  A top-performing Los Angeles school is one of three in the nation to receive a $25,000 award to encourage low-income students to seek higher education by expanding access to courses that will better prepare students to go to college.

The Los Angeles Center for Enriched Studies, more commonly known as LACES, was named a Gaston Caperton Inspiration Award school by the College Board on Wednesday.

About 99% of the school's minority students go to college and $300,000 in federal Title 1 funding was recently reinstated to the Mid-City campus because 50% of its students are low-income.

“Though their students come from diverse socioeconomic backgrounds and represent 50 different ZIP codes across Los Angeles, last spring LACES educators celebrated as over 90% of their seniors both graduated and went on to attend college," said Peter Negroni, senior vice president of relationship development at the College Board about the magnet school.

"Their efforts demonstrate that with access to rigorous academic opportunities, every student can be successful."

The school attributes some of the success to its active parent community, which has formed various groups and gives parent workshops in different languages, plans college nights and invites guest speakers to involve families in the college-preparation and admission processes.

"LACES has achieved the great honor of being one of the top schools in Los Angeles, the state, and in the nation,” said Mary Jane London, assistant principal of LACES. “We are proud of our LACES family who have made education and preparing for college a goal for each child who walks through our doors."