CORRECTED 1/17:  An earlier version of this story mislabeled the source “Schools Matter” as “Students Matter”. The two organizations are diametrically opposed, should never be left alone in the same room together and 4LAKids apologizes for spreading  its own ongoing confusion.

And Ben Austin, formerly of Parent Revolution, joins Students Matter to translate court verdict to changes in the classroom.

Austin, if verdict upheld: "We ‘re going to have a once in a lifetime opportunity to re-imagine portions of the education code..."

Austin: "...for largest state in the nation & "build it from scratch.” Says state mustn't return keys to "defenders of the status quo.”

Deasy is the former Superintendent of four different school districts without much of a track record of success at any of them. At the Broad Foundation he will be Superintendent in Residence – presumably teaching Bad Superintendence to new bad superintendent candidates …and reminding us all of the cruel saw that “Those who can’t, teach!”

Austin left Parent Revolution last month rather quickly and unexpectedly. He didn’t really “found” the organization, it was misbegotten by the LA Parents Union which sprung fully-formed from the head of Green Dot Founder Steve Barr.

DZ+BA will advocate for continued Intentional Disruption, Union Busting, Parent Ignoring, Algorithmic Accountability and Testing …testing …testing. Though addicted-to-data and anecdote-averse, they will  translate court decisions and reimagine those portions of the Ed Code (established law)  not imaginative-or-imaginary  enough for their liking – firing “Bad Teachers” at will  and reconstituting schools like so much concentrated orange juice.

I don’t want to seem gothic or threatening or anything like that, but the reanimation of the late-and-unlamented Dr Deasy and Mr Austin is disquieting at best.

“Deep into that darkness peering, long I stood there, wondering, fearing, doubting, dreaming dreams no mortal ever dared to dream before.”   - Edgar Allan Poe

Both have been removed from their previous jobs …we can debate the semantics of whether they were fired, resigned or asked to leave. They can argue whether it was for-cause. Both are under ethical clouds. They are innocent-until-proven-guilty ..but there are very real-though-unproven allegations  of legal+ethical misbehavior outstanding against both.

Attorney Austin lost his license to practice law because he didn’t take a required ethics course. 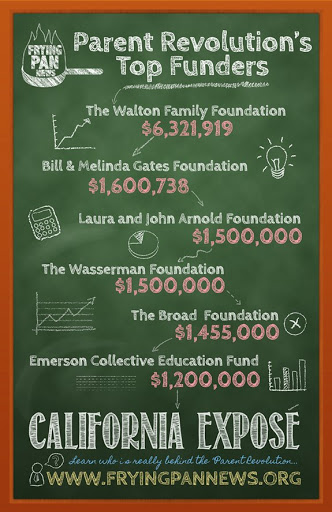 Schools Matter (not to be confused with Students Matter) writes:

“When I think of paragons of accountability, Ben Austin and Parent Revolution are poles apart from those thoughts in every sense. Let's look at the facts. California Parent Trigger author Austin was under investigation by the Los Angeles City Ethics Commission (Case # 2010-36) because he was collecting a check at the City Attorney's Office while at the same time he was a full time charter school advocate (and part time Green Dot consultant) at Los Angeles Parents Union (aka LAPU or Parent Revolution). Besides double dipping, he used his city employee connections to host closed meetings with his political connections garnered from his City job, like with Mayor Antonio Villaraigosa. Those connections also brought lucrative business to his wife, Tracy Austin, who makes a fortune as a fundraising consultant for the very same politicians that gave Austin a pass on his ethics violations.”

The Ethics Commission that “gave Ben a pass” were appointees of then Mayor Villaraigosa.

In 2010 Governor Schwarzenegger appointed Ben to the State Board of Education  What could possibly go wrong?

“Austin used his SBE seat to push through the California Charter Schools Association agenda. He also used the seat to lobby for and manipulate the implementation of his and Gloria Romero's hideous charter takeover law entitled the Parent Empowerment Act, but most often referred to by culturally loaded name Parent Trigger.”

Austin was not confirmed by the legislature and had to give up his seat, but he continued to lobby his former colleagues

“Austin's unethical and illegal behaviors on the SBE earned him a letter of censorship from the SBE demanding he stop breaking the law.”

How can we miss John+Ben if they won’t go away?  Maybe Dr. Van Helsing was right – being dead is not enough. A stake must be driven through their cold cold hearts.

PS: The Students Matter Board also includes the following ‘formers’: